In The Press, Moremi Crossing 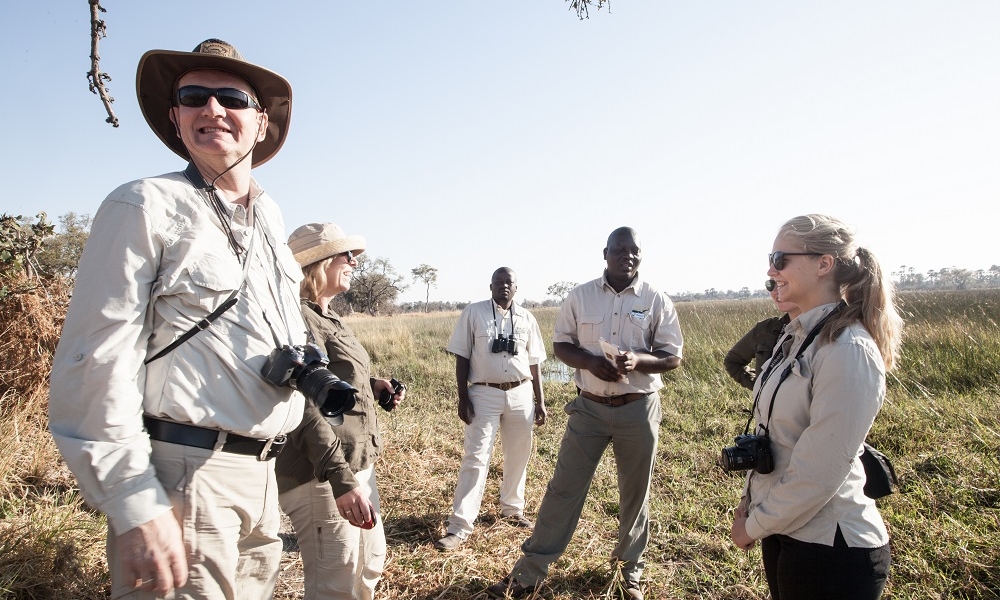 In the Press: On Foot in the Okavango Delta

In the latest edition (January to March 2020) of Travel Africa Magazine,  safari enthusiast and avid adventurer, Melanie van Zyl, tells us of her journey by foot on Chief’s Island in Moremi Game Reserve. She explains how this type of safari experience is taken to another level altogether in Botswana’s great Okavango Delta. This is just a small snippet of Melanie’s travels – for the full story, you will have to grab this quarter’s Travel Africa Magazine in-store or online.

Born along the northern fringe of the Okavango Delta in a village named Betsha, Amos has been trails guide at Moremi Crossing for over a decade. The lodge sits on the boundary of Chief’s Island in Moremi Game Reserve, a park covering one third of the sprawling UNESCO World Heritage Site. Proclaimed in 1963, residents named this cherished reserve after the late Chief Moremi III’s wife, Mma Moremi. Once Moremi’s sole hunting preserve, Chief’s Island is the largest in the Okavango Delta (roughly 15km wide and 70km long). That’s where we discovered the lion tracks.

I’ve walked through several wild wonderlands in southern Africa, dodged hippos along the Olifants River in Kruger National Park, stumbled over honey badgers in Madikwe Game Reserve, plodded with pachyderms in Hluhluwe-iMfolozi Park and tracked cheetah in the Karoo. What made this walking safari unusual, however, was the fact that my Motswana guide did not carry a rifle.

Guns aren’t permitted inside Moremi Game Reserve, even by accredited guides. Neither Amos or the backup trails guide (there are always two on any given walking safari here), Jacob Kesotegile, carried a weapon, and it changed the whole experience for me.

Thanks to the belief (and, granted, specialised training) that you can always shoot an animal if things go awry, sometimes safari-goers get too close. Did you know, for example, that the criterion for guiding in Zimbabwe is the same as the qualification for professional hunter? 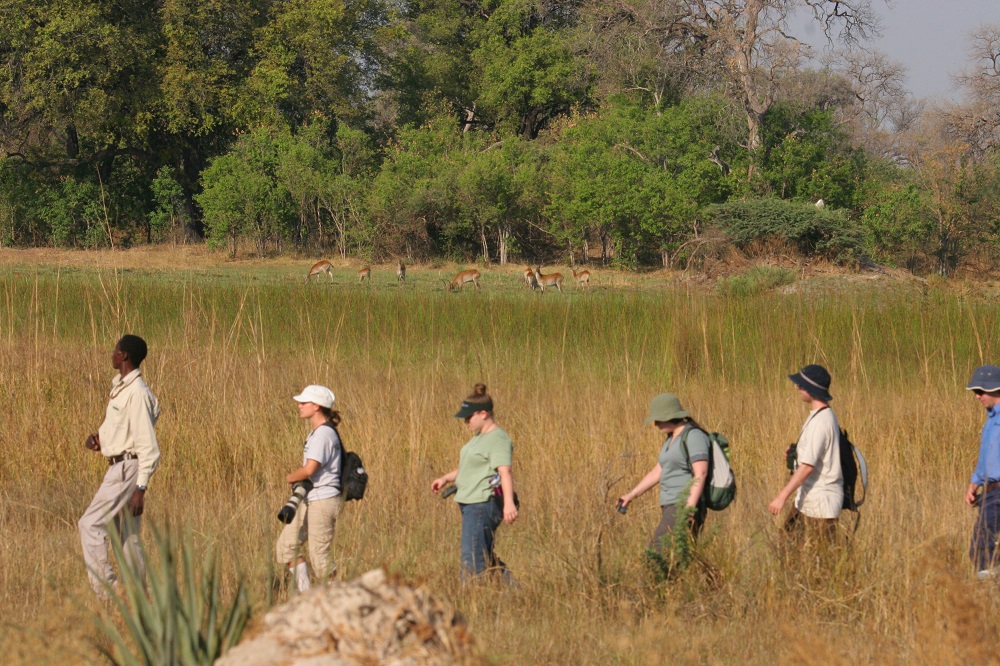 Walking transforms the safari into a sensory experience. Although technically active, bush walks tend to be more relaxed because there is no rush from one Big Five sighting to another. (The flat terrain of the Okavango Delta is also very forgiving on lower fitness levels.) Leaving the confines of a vehicle, you’re forced to slow down. And that’s when you start to treasure creation.

Keen to take a walk on the wild side? Contact us about staying at one of our lodges or camps for the ultimate Botswana safari experience.