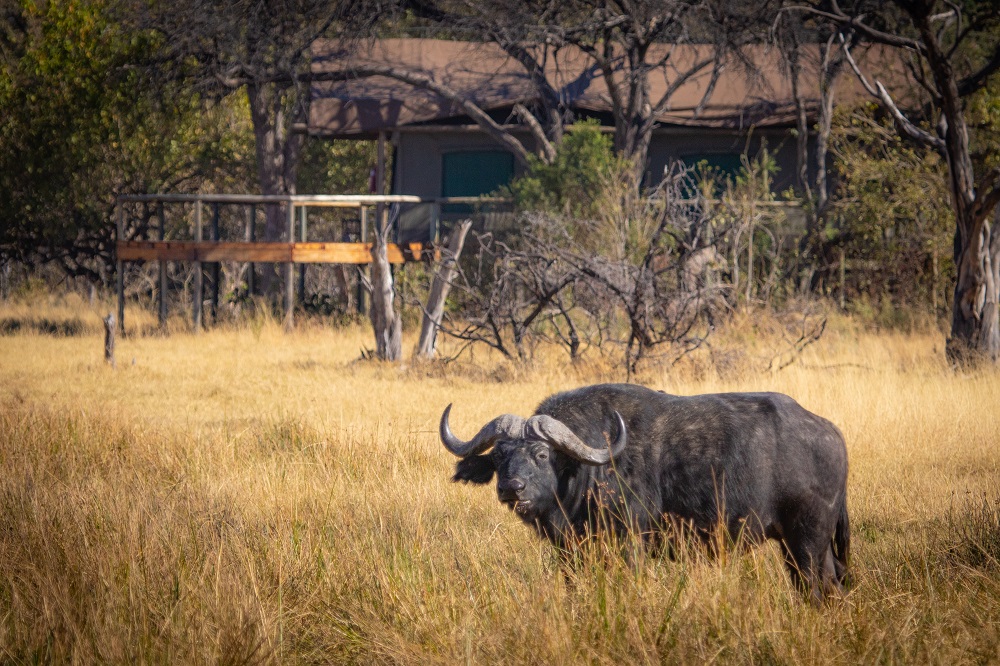 This witty review of Mma Dinare Camp by Namibia Tours and Safaris will have you smiling the whole way through, which is why we decided to include the full piece in this month’s edition of In the Press. If you love this review, they also have their say on Mma Dinare’s neighbour, Rra Dinare Camp. 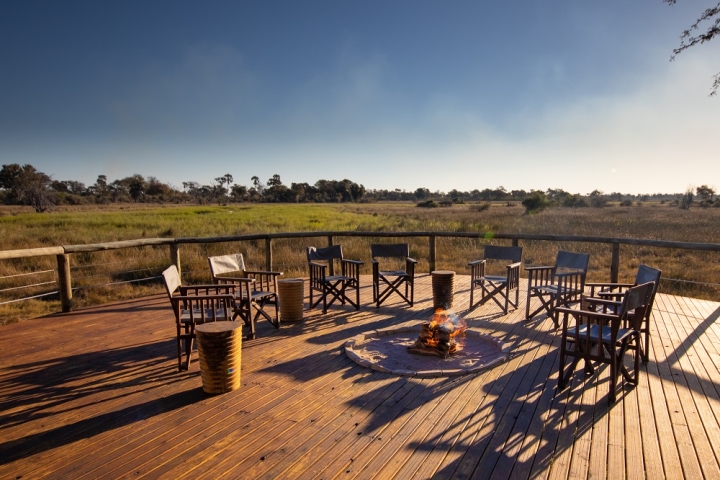 Mamma mia means ‘my mother’ and that’s what this place is. To buffalo babies. This is Mma Dinare. Mother buffalo. In the heart of the Okavango Delta in northern Botswana.

And it’s next door to Rra Dinare. Father buffalo. Want to tell them apart? The female has horns which slope nicely, her beau’s are more of a lump, the boss guy looks like he’s wearing one big, mean ole’ helmet. Well that’s about the buffalo itself but in terms of the lodges they’re much the same just that Mma Dinare is slightly bigger and with that offers more space and privacy.

This is a lush setting thank you very much. Mma Dinare overlooks the Gomoti River in a 67,000 acre concession. 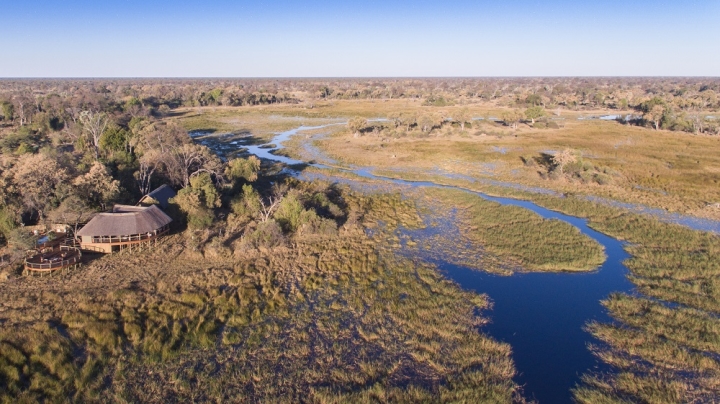 This concession is restricted to 40 guests in two small camps. You’re freer here. There aren’t the strict regulations and vehicle traffic of the national parks.

It’s on the border of the Moremi Game Reserve so you’ll be looking at a mixture of wetlands, savannah, woodlands and riverine forests. There’s a central camp area which is all thatched roofs and open spaces. It’s all built on elevated platforms so you get great views. And no surprise you should see plenty of buffalo. They’re never far from water and never roam more than 20km from it. Which is rather sensible of them. Buffalo are social animals, with each other, not you. An African herd often has more than 1,000 members.

They’re very protective of each other and take care of their elderly and sick, shielding them from predators. They have a democracy, too, which is just ridiculously marvellous. When they’re ready to travel, they stand and turn in the direction they want to go. The majority of “votes” wins and the head female leads the herd in the winning direction. How cool is that? The Camps Dinare share an airstrip itself a 20-minute flight from Maun and 1h 20 minutes from Kasane.

The minimum age for children is 6 years.

This is a 100% eco-friendly development, featuring the latest in solar and waste technology. High voltage stuff like hairdryers and angle grinders can’t be used. There’s no WiFi and mobile reception is patchy at best – though emergency contact is possible via short-wave radio and/or standing atop a large anthill with a cellphone held aloft.

9 tents including a family unit; you’ll be on the Gomoti River with a private lounge area; secluded verandas and en-suite bathrooms. These have a flushing toilet and outside shower. You’re likely to see animals from the minute you arrive. It’s a short safari drive from the airstrip to the camp. Which is pretty excellent.

This is one of the best safari areas in Africa so there’s a good range of guided wet and dry safari activities on offer. Game drives for 6 people, night drives, seasonal game walks (over 16 years only) and seasonal water activities on the Gomoti River. 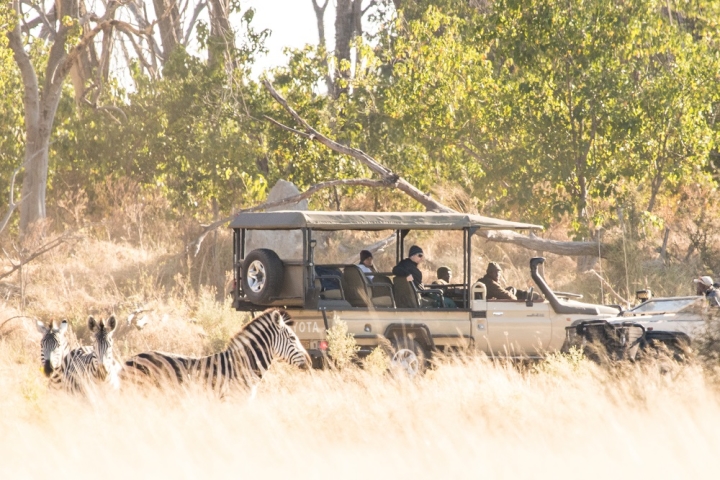 The river attracts a variety of game. Elephant, buffalo, giraffe, kudu, impala, hippo, crocodile, honey badger. There are rare antelope breeds including roan, sable and eland – they’re not normally seen in the Okavango region but they do live here.

The Gomoti is the main water source in the area so lion, leopard, cheetah and wild dog will need to come down for a riverside drink. And hunt. Although they tend to be passing through this area rather than permanent residents. 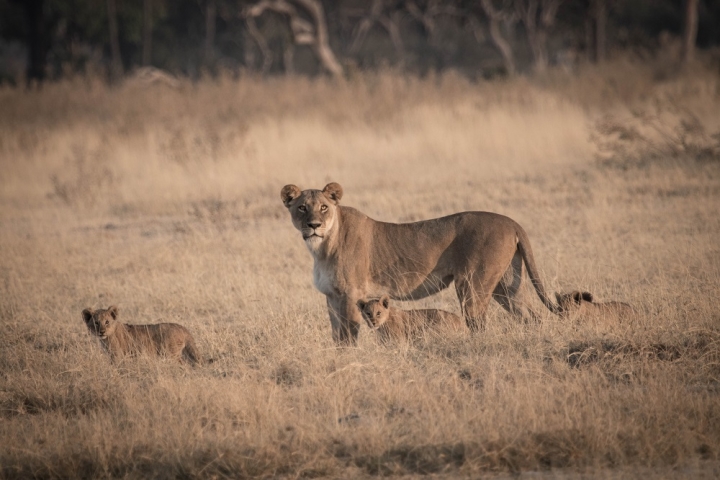 For those keen on bird-watching, there’s a variety of species including open billed stork, hammerkops, egrets, ibis and forest/savannah dwellers like raptors and sunbirds.

You can also enjoy seasonal water activities on the river like a mokoro boat trip (for ages 12 and up it must be noted).

Contact us to book your unforgettable safari in Botswana’s premier wilderness areas – the Okavango Delta and Chobe National Park.