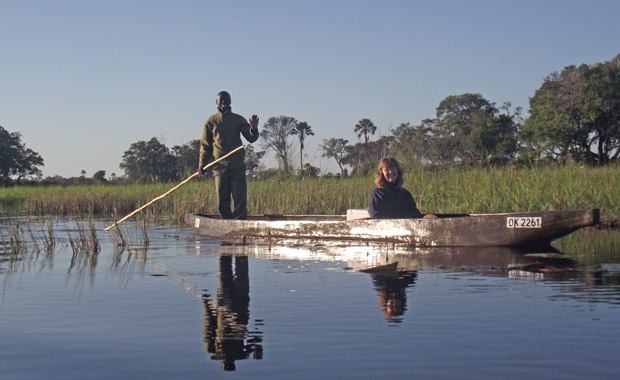 My First Trip to Botswana

Luke Marks, 14 yrs, travelled with his mum Amanda Marks, director of Tribes Travel, on a research trip in late May.

Gunns Camp, A Water Camp in the Okavango Delta

My room at Gunns was really nice, it was basically a luxury tent on stilts. The main area of the camp was really nice, and the so was the bar and the dining room. There was a pool, which I never got round to using, that looked inviting. The staff were very humorous and friendly, and gave off a good atmosphere.

Our guides, Mike and Titus, were really helpful, and very informative. We went on a boat ride, and a mokoro while we were there, which was very exciting, as we got to see a lot of animals, including giraffes, zebras, warthogs, and many more. We even saw elephants crossing the water which is very rare. We also went on a nature walk, which was also very fun. Our guides pointed various things, and animals out to us, which was very interesting. My favourite part about staying at Gunns was going on the mokoro, because it was very relaxing, and I got to see a lot of wildlife.

Mike’s home is in Etsa, in the panhandle. He has a wife, and 5 boys, although he also has family living in Maun. He lives with the other staff on the camp at Gunns while he as working, but only gets to see his family every three months, for three weeks. He really enjoys his job, and his favourite part of it is going out on the boats. His favourite animal is a Giraffe, because they don’t attack humans, and are basically harmless. On the other hand, he doesn’t like warthogs, because they sometimes chase humans. 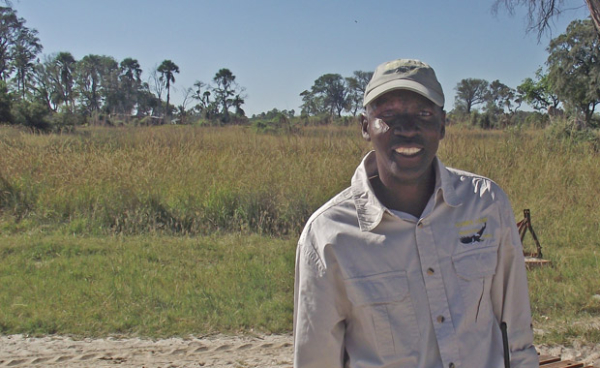 A Short Story About Mike

When Mike was eleven, he went out to try and find a lion, with his friends because he had never actually seen one in the flesh before. They eventually managed to find one, and attempted to kill it. They then approached the lion, thinking that it was dead, when in actual fact, it was still alive. It suddenly started making loads of noise, and the boys ran up a tree, and after a while they realised that they couldn’t get down, so they had to wait for ages for Mike’s uncle to come and rescue them from the tree.

Originally published on Tribes Travel on the 9th of June 2015 by Luke Marks.