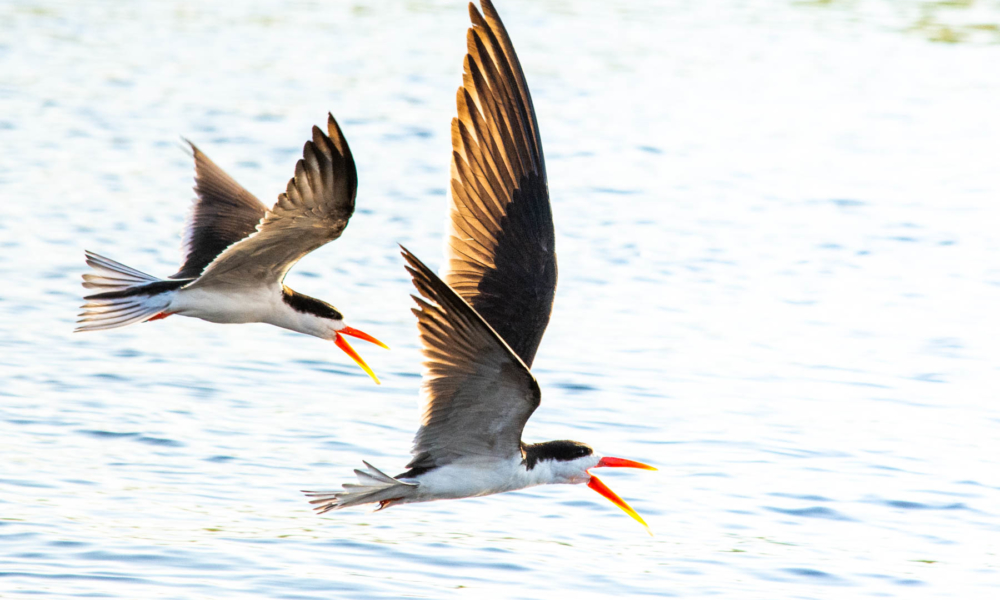 Andrew de Blocq is the Avitourism Project Manager at BirdLife South Africa and one of the top birders in Southern Africa. He visited us at Chobe Safari Lodge earlier this year and compiled ten of his must-see birds in the immediate area. 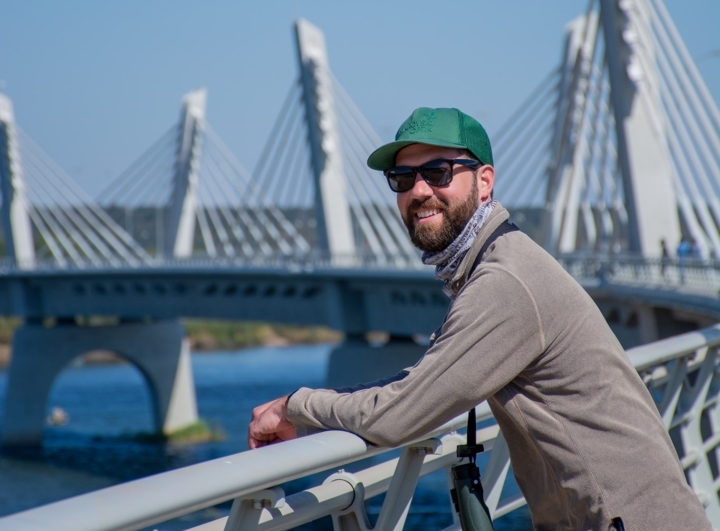 Why Chobe is a top birding destination

The Chobe region is rightfully regarded as one of Africa’s top safari destinations. Perhaps the most unique feature is the access to its main feature, the Chobe River, which meets the Zambezi at the confluence of Botswana, Namibia, Zambia and Zimbabwe, known colloquially as “Bonazazi”. The river attracts a startling array of birds and animals seeking relief from the baking sun, and a boat tour surveying the edges of the mighty Chobe gives you unparalleled opportunities for natural encounters and photography. 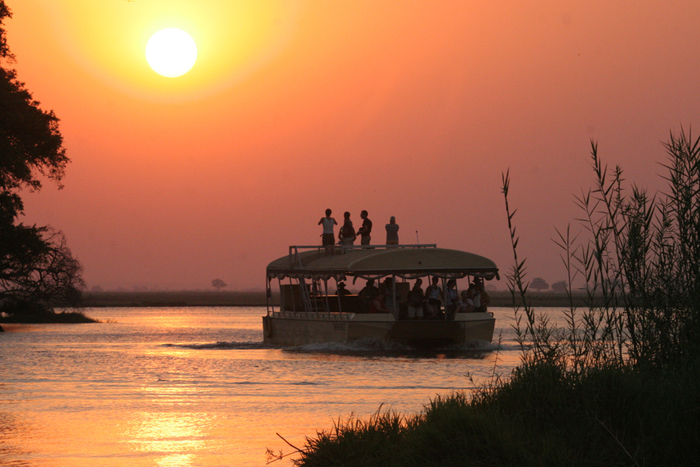 For those inclined towards the local feathered attractions, there is plenty to see with well over 400 species of bird recorded in the area. These include some of Africa’s most charismatic and sought-after species. While the river is certainly the prime birding location, a drive through the nearby Chobe National Park and even a walk through the lush gardens of the Chobe Safari Lodge will reward you with pleasing sightings. 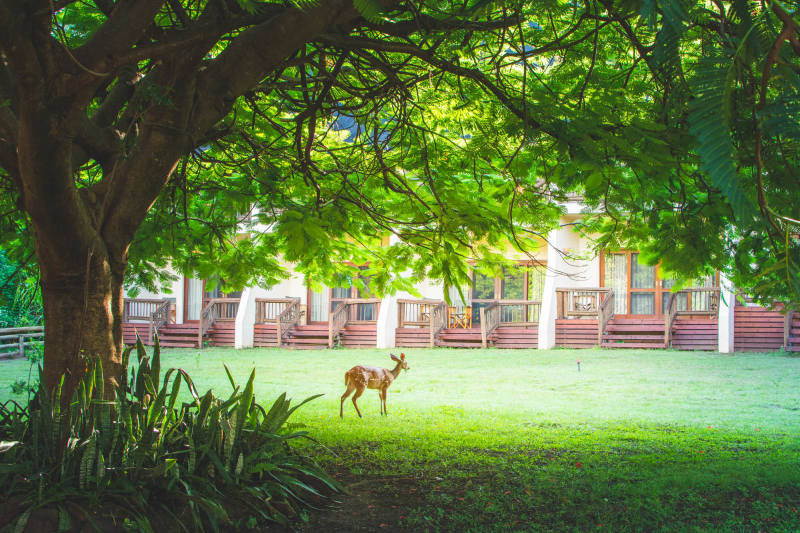 Below I have listed ten birds that I consider to be top attractions in the Chobe region. I have stayed away from birds that are exciting but exceptionally rare (e.g. the Pennant-winged Nightjar) and have tried to satisfy both the enthusiastic lister through to the occasional avian observer by including species that characterize Chobe as a destination but also the African safari experience as a whole.

Putting this list together was a difficult task, but the easiest decision of the lot was which bird to start with – Chobe Safari Lodge’s icon.

Like its American cousin, the Bald Eagle, the African Fish Eagle has become the iconic species of an entire continent. No African safari is complete without the regal call of this eagle, dubbed by many as “the sound of Africa”. 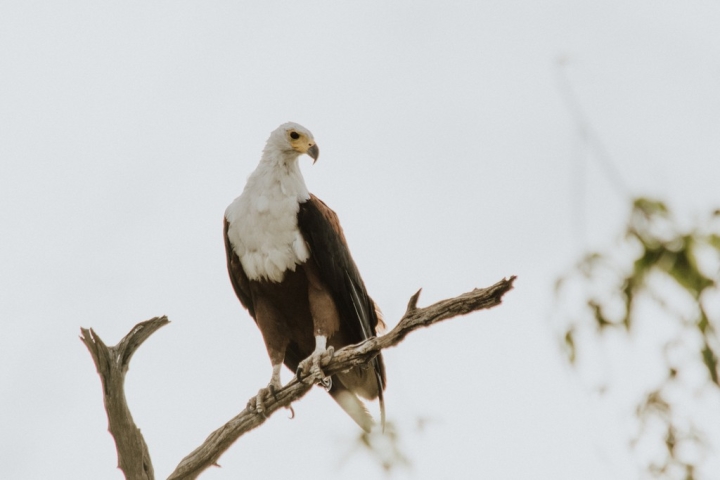 While African Fish Eagles are widespread on the continent, the Chobe River is among the best places to see them. There are pairs of breeding birds scattered along the river edges and they have become habituated to the regular boat traffic, meaning that the normally skittish eagles are quite tolerant of passing boats and the whirr of camera shutters going off repeatedly. The best way to pick one up while out on your cruise is to look out for them perched in large riparian (riverside) trees. Their white head and breast help them to stand out against the darker background.

Like the continentally iconic African Fish Eagle, the African Skimmer is synonymous with the Chobe River. These rather awkward-looking birds appear front-heavy, with their large red and yellow bills protruding from their tuxedo-like black and white bodies. 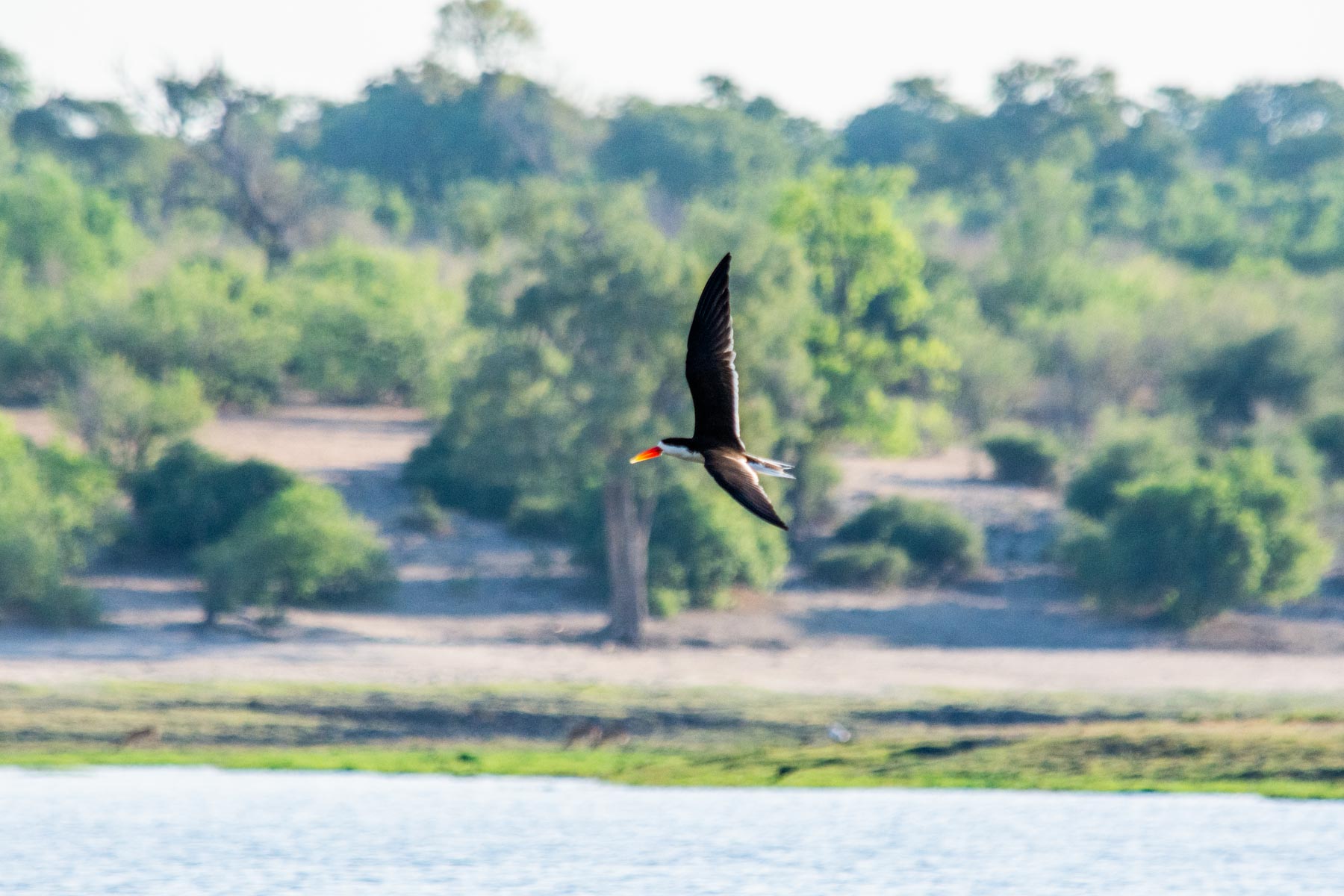 However, when you see these birds moving up and down the river this weird anatomy and their name all click as the birds expertly skim prey from the water, flying just above the surface and dipping their abnormally large lower mandible underwater to collect small fish and crustaceans. Flybys from family groups of skimmers is common on early morning and late afternoon river cruises, otherwise they can be spotted resting on sandbars, often among other species.

Chobe Safari Lodge is famous in Southern African birding circles for this particular bird. The leafy gardens at the hotel are where most birders come for their ‘lifer’ tick because they are quite common and conspicuous here. 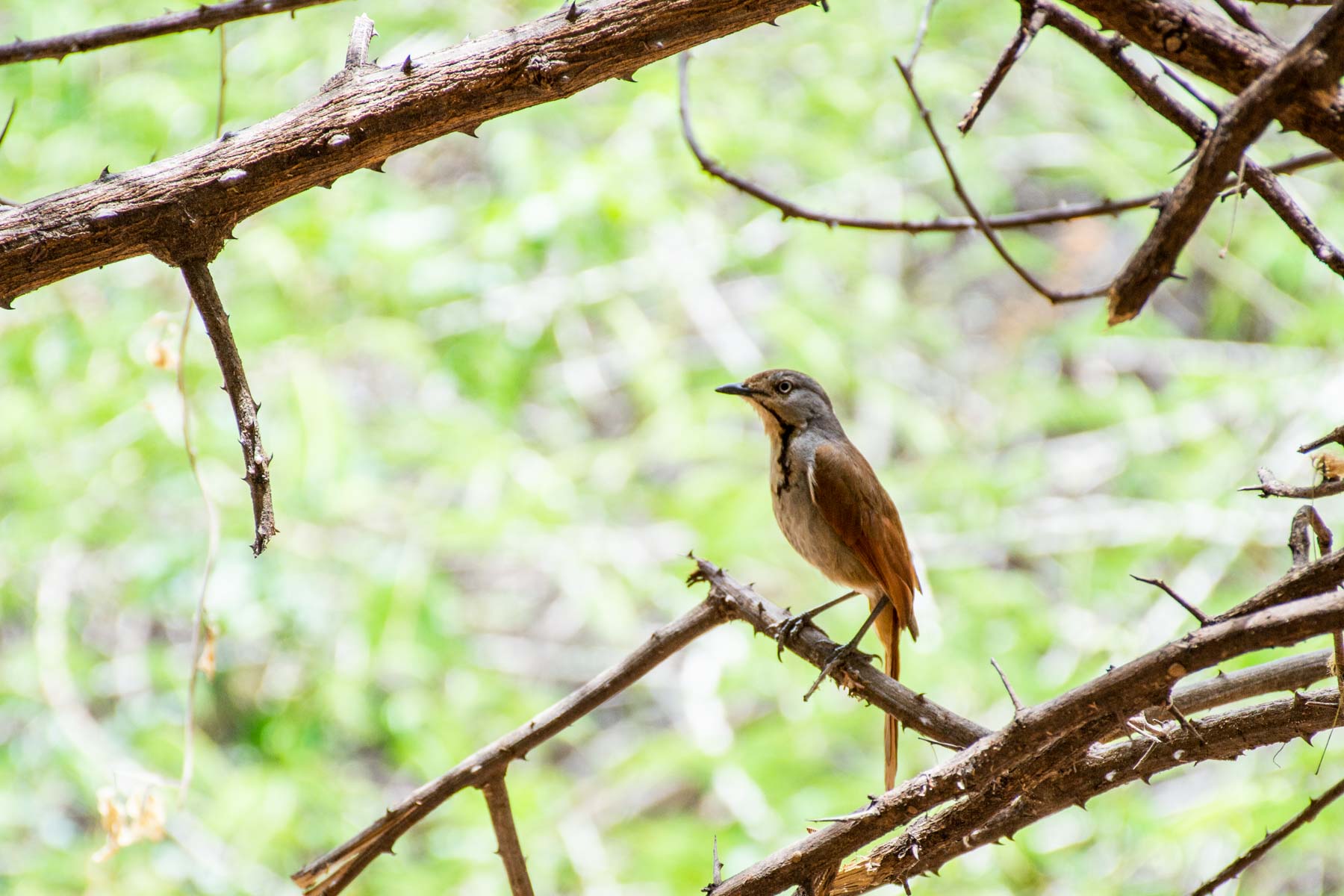 Collared Palm Thrushes and found practically nowhere else in Southern Africa, although they can be found more commonly further to the north and northeast. Collared Palm Thrushes can be inquisitive but will frustrate photographers as they seldom sit still and often flit in and out of thick vegetation. A walk around the bushier areas of the lodge should reward you with an enjoyable sighting.

From a reclusive resident to a very out-there migrant species: the pink lady of the African bush. 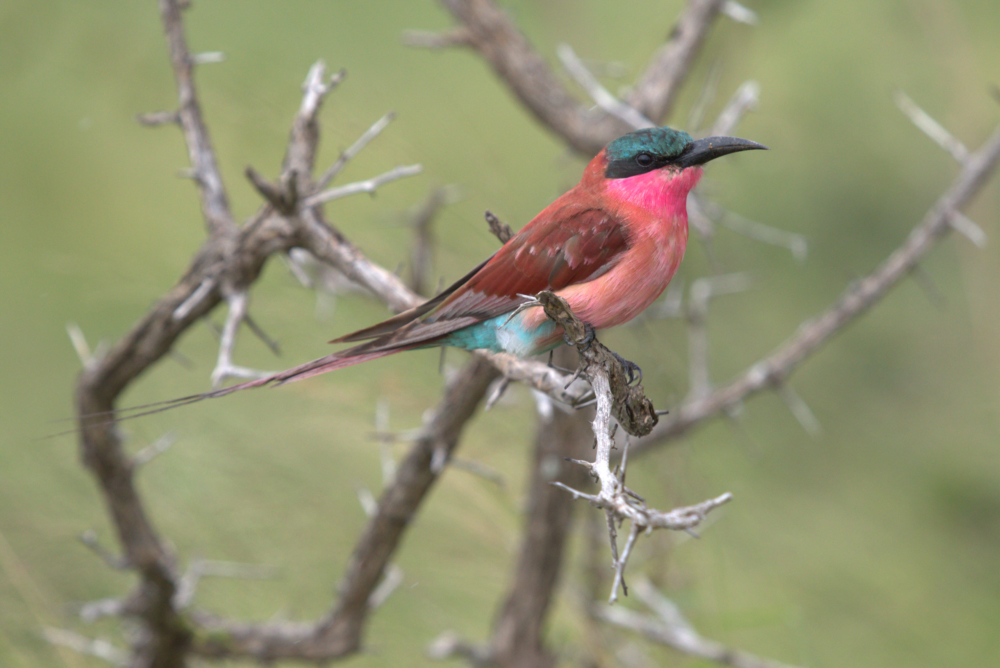 Southern Carmine Bee-eaters are eye-poppingly beautiful with their dazzling hues of pink and blue contrasting with the comparatively drab bush backdrop. What makes them even more spectacular is their gregarious nature, with flocks commonly numbering into the hundreds. Watching a throng of these bee-eaters hawking insects in flight while chattering away to each other is a spectacle like no other. While the Big 5 are sleeping in the shade in the midday sun of the summer months, these birds can more than compensate for the lack of furry action.

Another sought-after summer visitor is the Rock Pratincole. These birds will only visit the region in summer, but their presence can be unpredictable as they are sensitive to water levels. Their preferred habitat is on rocks protruding from river rapids so when the river gets too full and the rocks are submerged they will move elsewhere. They can be difficult to spot because of their camouflaged plumage, but they can be easily identified when seen by the white line under their eyes. One possible way to see these special birds is to book a tiger fishing trip as the feisty fish inhabit the selfsame shallow-water rapids as the pratincoles.

This enigmatic hornbill species is the envy of all the ladies with its luscious long eyelashes. 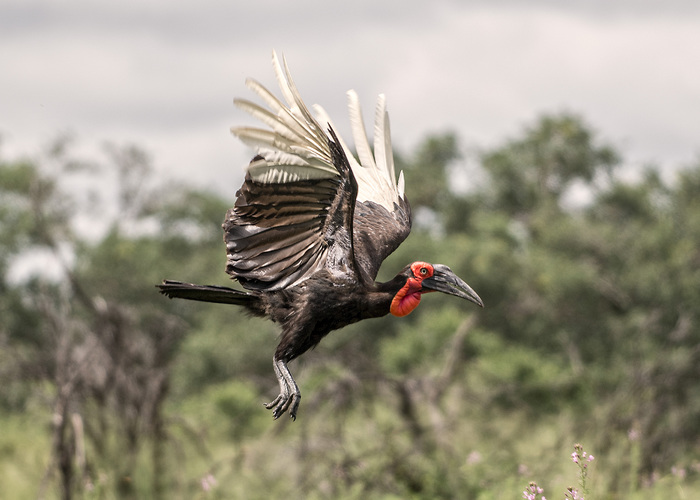 Unlike its tree-dwelling cousins (six other hornbill species can be found around Chobe: Southern Yellow-billed, Southern Red-billed, Bradfield’s, African Grey, Crowned, and Trumpeter), this hornbill struts its stuff through grassy patches looking for snakes, scorpions, grasshoppers, lizards, beetles, and whatever other small scurrying creatures it can snatch in its powerful bill. It is known colloquially as the ‘thunderbird’ because of its deep, booming call but also its connection to rain events in African lore. They are extremely territorial and aggressive to outsiders to the family group, to the point that they are known to damage cars, windows, and other property where they mistake their own reflections for intruders.

This bird is not included for the way it looks (in fact, vultures are considered – unfairly I think – to be hideously ugly by many), but rather for its ecological and conservation value. Like your local binmen, they provide a vital service without much in the way of acknowledgement or appreciation. Vultures are nature’s clean-up crew, and without these scavengers, the health of the ecosystem and nearby communities are at serious risk. 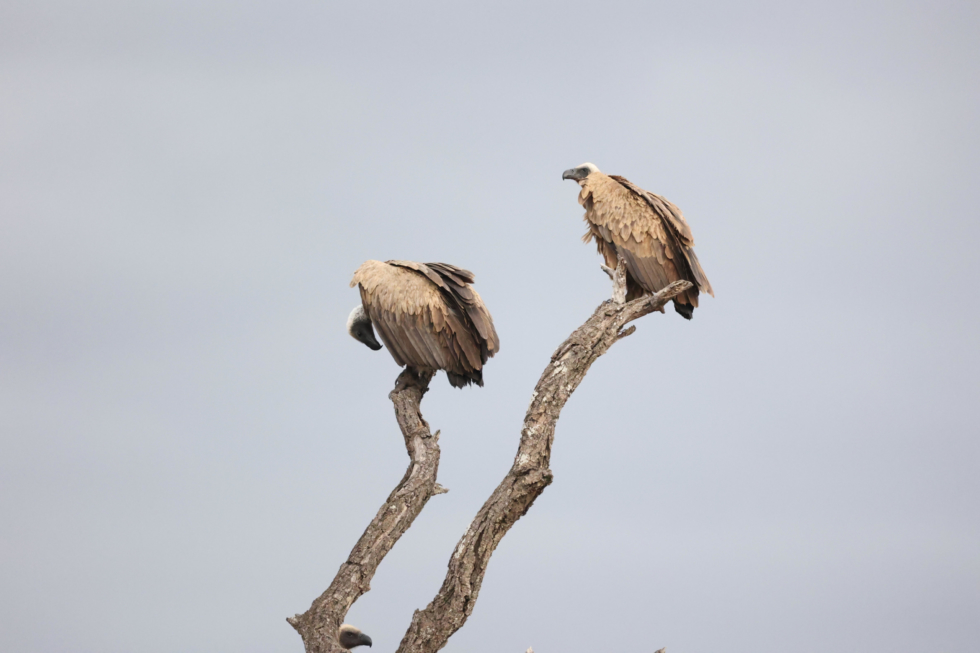 Vultures can strip a carcass in record time, preventing outbreaks of diseases like rabies and tuberculosis as well as the spread of anthrax in the environment. Though the White-backed Vulture is the most commonly encountered species, it is considered Critically Endangered meaning that without significant intervention it is likely to become extinct within our lifetimes. The vultures as a group are facing a grim future in the face of mass poisoning events, lead pollution, and the wildlife trade, and it would be an indictment on us humans if we lost these important ecosystem service providers. Already, the White-headed Vulture is functionally extinct in this area, but the White-backed, Lappet-faced, and Hooded Vultures persist in dwindling numbers.

The melodic, bubbling, waterfall-like call of the coucal emanating from the reedbeds is one of the emblematic sounds of the Chobe River. Coucals are a favourite with many guests because of their call and their attractive rufous, black and cream colouration, but what often ruins this loveable facade is their habit of ripping open weaver nests to feed on the helpless chicks. The coucals are a member of the cuckoo family (Cuculidae for the bird nerds out there) but are substantially different in two main ways. Firstly, there are relative brutes compared to their more delicate relatives with strong, powerful bodies and hefty bills. Most surprisingly, though, they don’t have the same well-known cuckoo behaviour of laying their eggs in the nests of other birds, which is termed brood parasitism. Like most birds, coucals do the responsible thing and choose to raise their own young. They do have some redeeming features, it seems.

Long-toed Lapwings are synonymous with African swamps and are easily spotted with their pied black-and-white plumage. When agitated, they will fly up and down giving their scratchy, chattering call. Many visitors will have heard the tales of birds picking food out of the teeth of crocodiles. Lapwings are often the supposed dental hygienists in these stories, but it turns out there is very little evidence to support this association other than the Egyptian Plover, which is not found here. However, crocodiles and hippos do make use of the lapwings and thick-knees as sentries. When the birds give their alarm calls the aquatic behemoths take heed and head for the water to avoid whatever danger was detected.

One very well documented mutualism is that between oxpeckers and various African herbivores. There are two species of oxpecker in Chobe, distinguished by their either entirely red or mostly yellow beaks as their names imply. Oxpeckers are often seen hitching a ride and combing the fur of antelope looking for ticks and other parasites to snack on. What is less known is that the birds will also feed on mucous, eye gunk, dead skin, scabs, and even flesh and blood. Blood is a particular favourite, and sometimes oxpeckers will deliberately keep a wound open to keep tapping it for the protein-rich flow. 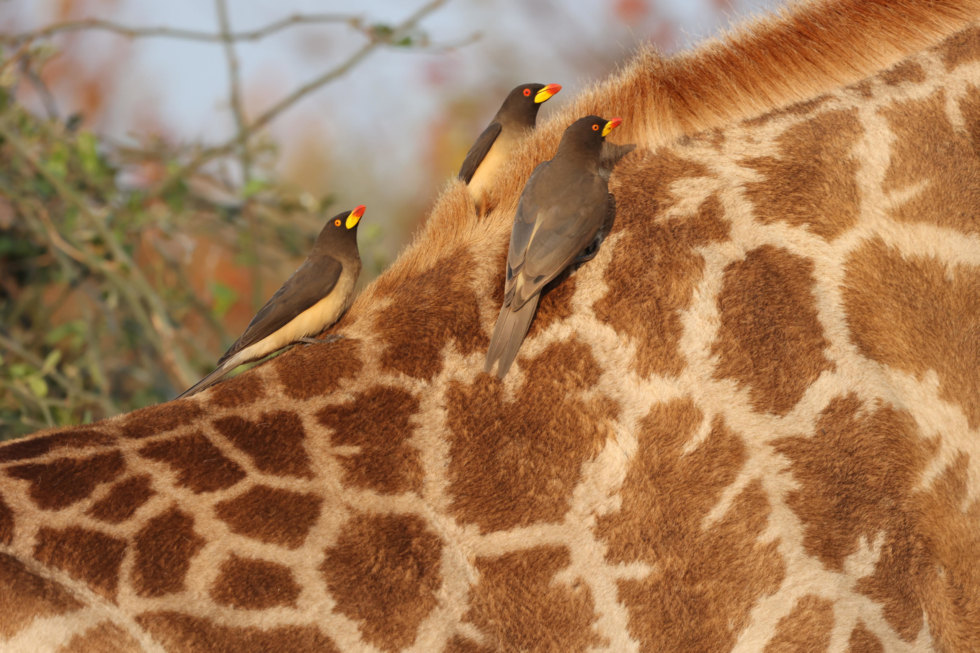 I chose the Yellow-billed Oxpecker for this list because it is the prettier of the two and also the rarer. Red-billed Oxpeckers attend the full range of mammals from small antelope through to rhinos and even hippos.

Yellow-billed Oxpeckers, on the other hand, are not tolerated by smaller and thinner-skinned hosts because of their sharper claws, so the best way to find them is to search for big game like giraffes and buffalo.

The Green Season is the Best Time For Birding 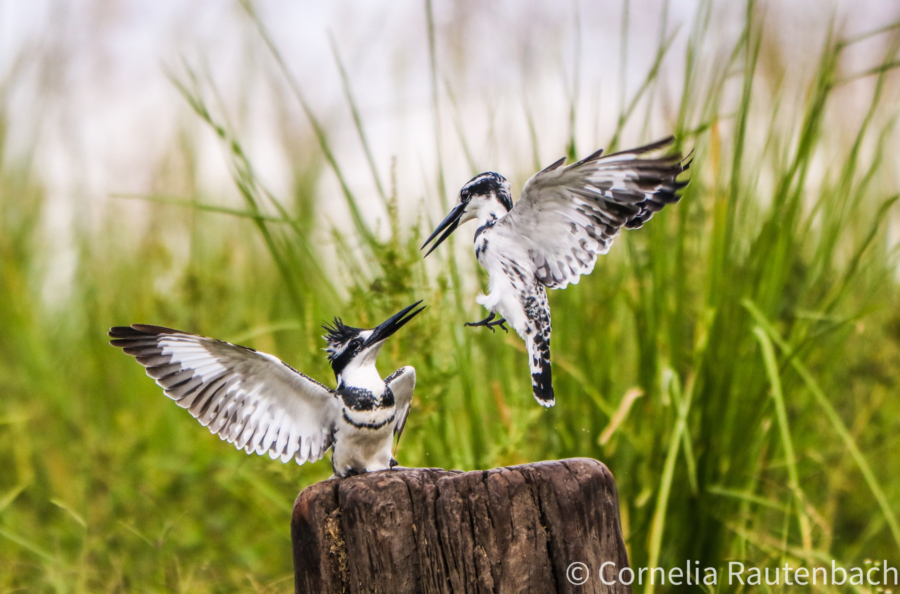 Although Botswana has no endemic bird species, it’s one of the easiest places in the world to find extraordinary feathered friends. Migrant birds will be swooping about all over the park between December and February. Why not spend your Christmas in Kasane? Baby animals, vibrant birdlife, affordability and the magnificent rains are just a few reasons to visit during Botswana’s lush Green Season.

CONTACT US TO BOOK YOUR BIRDING SAFARI TO CHOBE SAFARI LODGE.