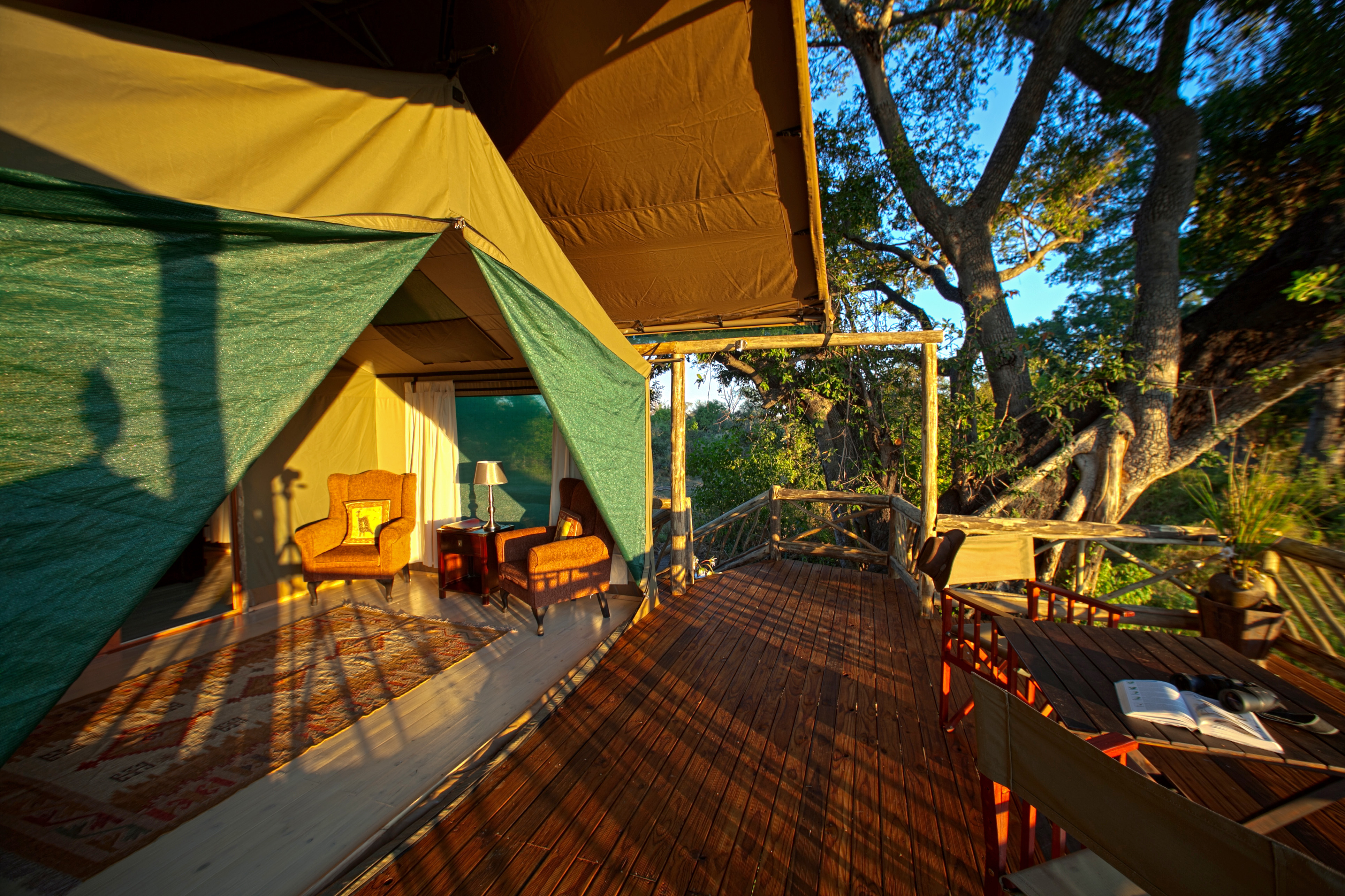 Around the World in 50 Wonderful Days

Bridget McGrouther celebrated her milestone birthday with the Saga Holidays 50 at 50 challenge, and despite a career as a travel writer that has taken her far and wide it was an experience she will never forget

Since returning from my 50 at 50 whistle-stop global tour, it is fair to say that I have been living a life more ordinary. For 50 days following my 50th birthday, I was set a challenge – one that saw me adopting a jet-set, James Bond lifestyle and flying (often in the back of a helicopter) from one adventure to the next, through South America, to Australia, Africa and then home again.

Gloomy weather and the drudgery of completing a tax return have slowly been bringing me back down to earth, yet I’m instantly cheered when I bring out my 50 at 50 videos and photographs.
Even now, a month after my return, I’m finding it hard to narrow down the highlights. The Saga Holidays team behind my trip was so keen to show me the best experiences that every day was like having my very own genie granting 50 wishes to celebrate my birthday in the most memorable ways.
Moments that shine have to include my brushes with wildlife, such as being on safari in Africa. Encounters included comical warthogs, laughing hippos, elephants with tiny calves and cuddly lion cubs nursing from their much more ferocious-looking mother.

This spectacular continent soon stole my heart as I travelled on luxurious Rovos Rail, The Pride of Africa from Cape Town to Pretoria, and on tiny planes hopping across Botswana to Zambia, with game drives, canoe trips, speedboat rides and cruises on the Chobe and Zambezi rivers.

I’ll also never forget coming eye to eye with colourful chameleons and being “adopted” by a lemur in magical Madagascar. At the Vakona Forest Lodge island sanctuary, one surprised me by leaping out of a tree on to my shoulder. She carefully began to groom me, cleaning my cap first of all, then peering over the brim to lick my face.

Exhilarating experiences that set my adrenalin pumping included staring into the thunderous abyss of both Victoria Falls and South America’s powerful Iguazu Falls. As most of my companions in Zambia’s Devil’s Pool were backpackers, I felt quite proud that I still had the nerve (or stupidity) at 50 to live life on the edge of that precarious precipice.

There were so many ways to travel: zipping through the heady, neon-lit streets of Saigon on a vintage Vespa; scaling Sydney Harbour Bridge; being whisked by cable car to the summit of Rio’s Sugar Loaf Mountain; galloping along a Mauritius beach on horseback; and flying high on helicopter tours over Angkor Wat, Rio de Janeiro, Cape Town and the Zambezi’s Batoka Gorge.
For the first time in my half-century, I was taught to play polo by the renowned sportsmen in Argentina’s Cambiaso family and took tentative tango steps under the patient instruction of top Buenos Aires dancer Juan Carlos Copes.

My most famous meeting was an unexpected dinner with the South African singer and humanitarian Yvonne Chaka Chaka at the Maslow Hotel in Johannesburg. This star has met Oprah Winfrey and was personally called by Nelson Mandela on his release from prison. Sadly, South Africa’s much-loved former president died on the day I passed his house on my way to the airport.

I received another lovely surprise halfway through my journey when my husband met me at Delhi Airport with a bouquet of red roses. We spent a romantic week together on a tour of India’s Golden Triangle. I was so glad Simon was with me to share such majestic sights as the dazzling Taj Mahal, Amber Fort’s painted elephants, the pink city of Jaipur and Udaipur’s serene lakes.
Our cheerful, trusted driver Mr Singh joked that sacred cows and elephants wandering across the road were “traffic controls” as well as lucky charms. We certainly had the good fortune to stay in some of Rajasthan’s most stunning heritage hotels, where we were welcomed like maharajas and draped in marigold garlands.

We loved our suite with its four-poster bed and private terrace whirlpool at Samode Palace, where we were served a private, candlelit dinner for two under the stars. We also enjoyed breakfast in the sunshine at Devi Garh by Iebua, a former hilltop fort where we could watch the sleepy village waking below.

Other favourite hotel-room views included Sydney’s harbour from my stylish Shangri-La suite; wild zebras, monkeys and gentle impalas on the lawns of the Royal Livingstone, by Victoria Falls; looking from Table Bay Hotel across Cape Town’s waterfront to Table Mountain; the Buenos Aires skyline from my NH City & Tower Hotel’s penthouse and the powdery beaches outside Rio’s Sheraton Hotel and Tamassa Resort, Mauritius.

Yet strangely, much as I relished the bliss of five-star hotels in spectacular cities, I found I was equally content with no Wi-Fi and lights out by 10pm in a simple bungalow in the Madagascar rainforest or under canvas at the Pom Pom Camp in Botswana’s Okavango Delta.

I never knew what neighbours might call with echoing screeches at any time of the day or night, like elephants snoring or lemurs singing their eerie song. Peeking out from behind my tent flap, I watched hippos take an early-morning dip, saw elephants grazing on the banks of the waterhole and giggled at the antics of a monkey throwing fruit peelings down at me.

Special mentions for decadent dining must go to Rovos Rail’s food and wine pairings en route from Cape Town to Jo’burg; the menu on the Bassac Cruise along Vietnam’s Mekong River; Sydney’s incredible range of international restaurants; my Veiga family dinner with the Argentine owners of El Viejo Almacén tangueria and the 50-dish Taj Lake Palace lunch in Udaipur. As for my favourite cocktail? Brazil’s Caipirinha, a potent cachaça rum, lime, sugar and ice mix, wins hands down.

I’m amazed that I never suffered from an upset stomach or even a hangover and only once felt unwell with a cold which quickly passed after a blissful rest on an idyllic Mauritian beach.
I was never scared on my own, despite travelling to some remote regions as I always had the backup of Saga’s efficient team of friendly guides, hotels and agents. A nerve-racking moment struck on Day 49 when I realised that I’d mislaid my camera with most of my 50 at 50 photographs. You can imagine my gratitude when a member of staff at the Royal Livingstone found it.

At one point, Typhoon Haiyan, which had caused devastation in the Philippines, started heading for Vietnam during my stay in Ho Chi Minh City. I was relieved when it veered off course and lost ferocity, but it gave me cause to think about all those who were affected.
Travelling solo, there were a few occasions when I craved my own bed or the company of my husband, family, friends and dog. Yet I was lucky enough to be reunited with old pals in Australia, South America and India as well as being able to phone home occasionally. Also, no modern traveller can feel truly alone thanks to the wonders of Skype.

I made new friends and met inspirational volunteers at the Saga Charitable Trust projects that I visited in Vietnam, India and Africa. Their selfless work to protect vulnerable children and improve the health and well-being of local communities has inspired me to spend more time giving something back.

Would I do it all again? You bet I would – and I’d urge you to draw up your own bucket list and do the same. It’ll make you feel years younger, whatever age you are, and provide a treasure chest of memories to last a lifetime.

Originally published on the Telegraph by Bridget McGrouther.