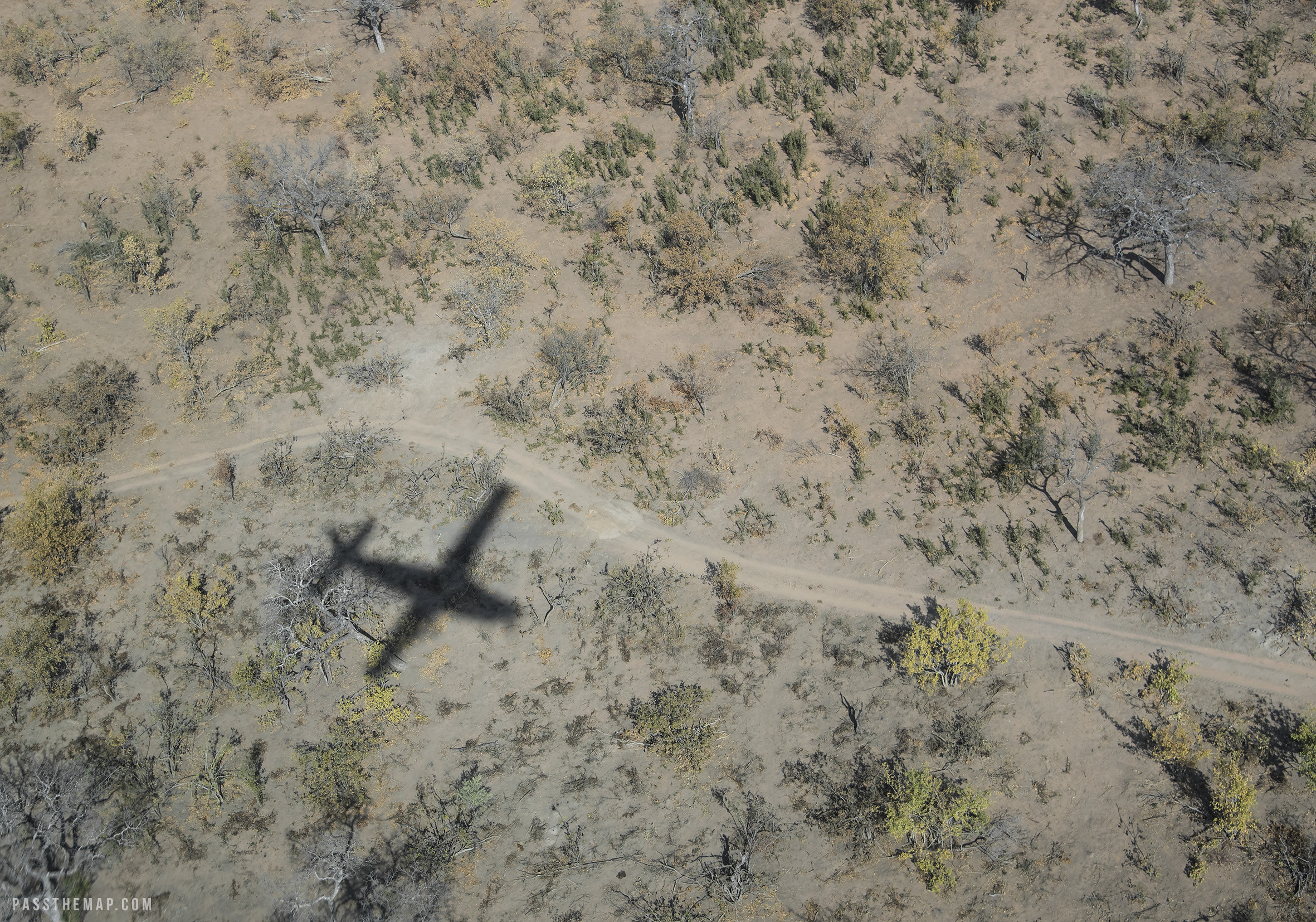 A Little Getaway of Epic Proportions

The best part about a quick Botswana getaway is that one moment you’re in Jo’burg, the next you’re tracking leopards through pristine wilderness.

The cryptic message crackled through the Land Rover’s radio. Andries, our driver and guide, turned to us with a grin. “Ingwe is the local name for leopard,” he beamed, “let’s go find it.” The next 15 minutes were spent ducking acacia thorns and holding on for dear life, as Andries went ‘off piste’ through the African bundu. It was a far cry from the frenetic streets of Jo’burg, where – we had to keep reminding ourselves – we had been sitting in a traffic jam only 4 hours earlier.

Leopards are notoriously difficult to lay eyes on. Yet we were in the Sabi Sands, one of the world’s most famous private game reserves, where these usually elusive cats tend to be a little more obliging. Despite knowing this, we were still completely shocked when Andries pulled up beside a large ant hill and casually pointed out a beautiful young Ingwe catching some late afternoon rays. It was a privilege to be in the company of such a magnificent animal, and much clicking of Nikons ensued. We then headed off to attend to some G&Ts. The Sabi Sands and its leopards weren’t done showing off, however, and before we were able to find a suitable sundowner spot, we came across an old, dominant male meditating under a tree. 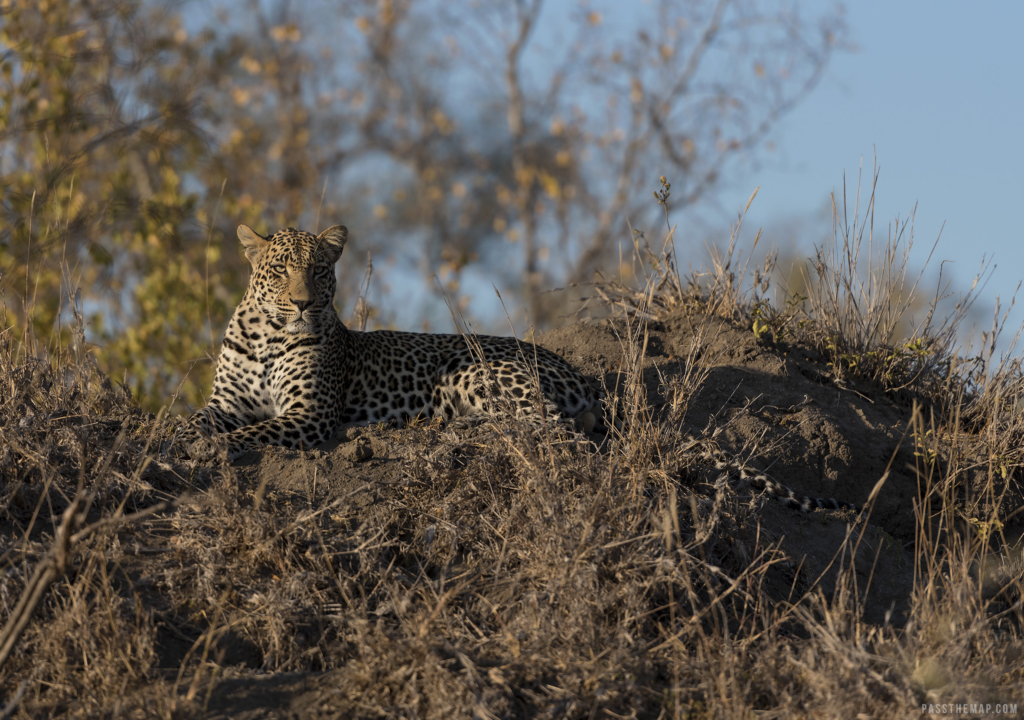 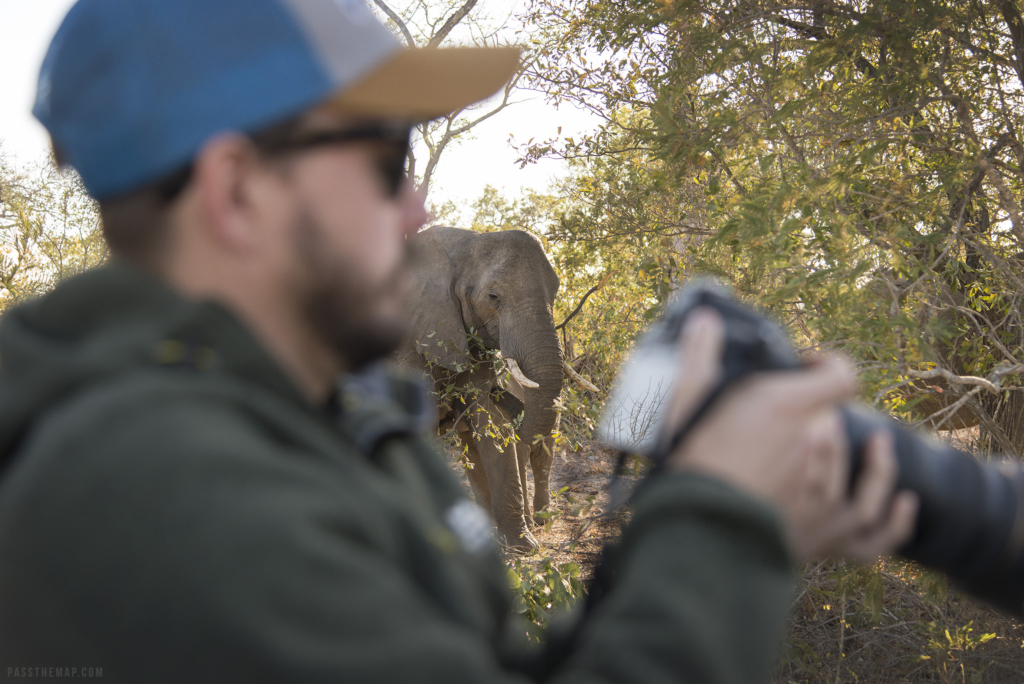 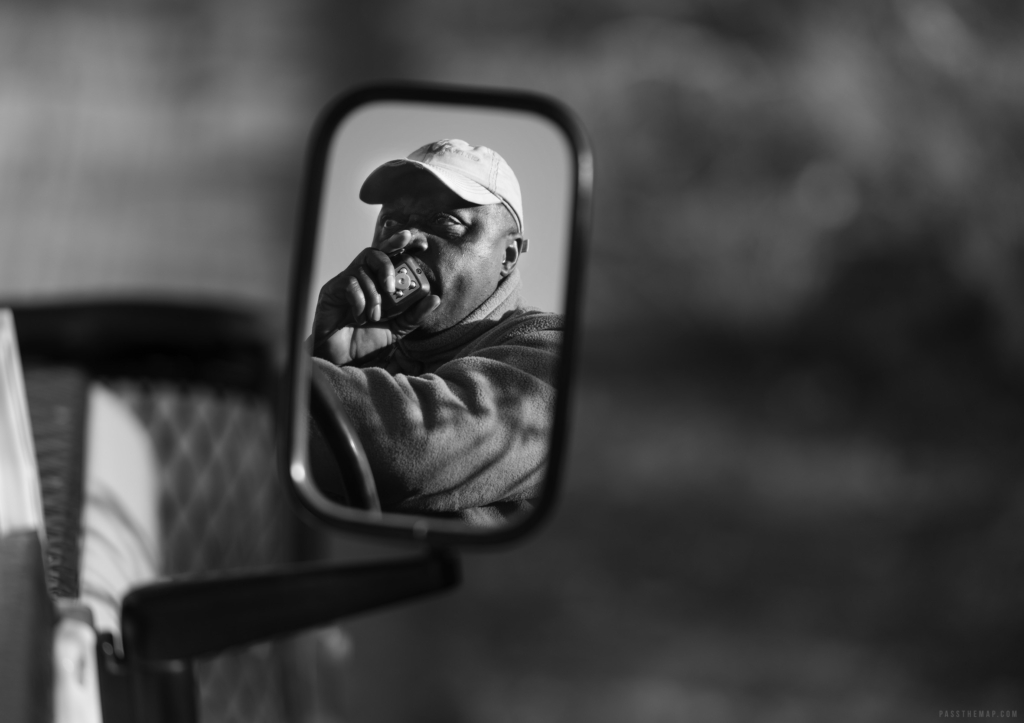 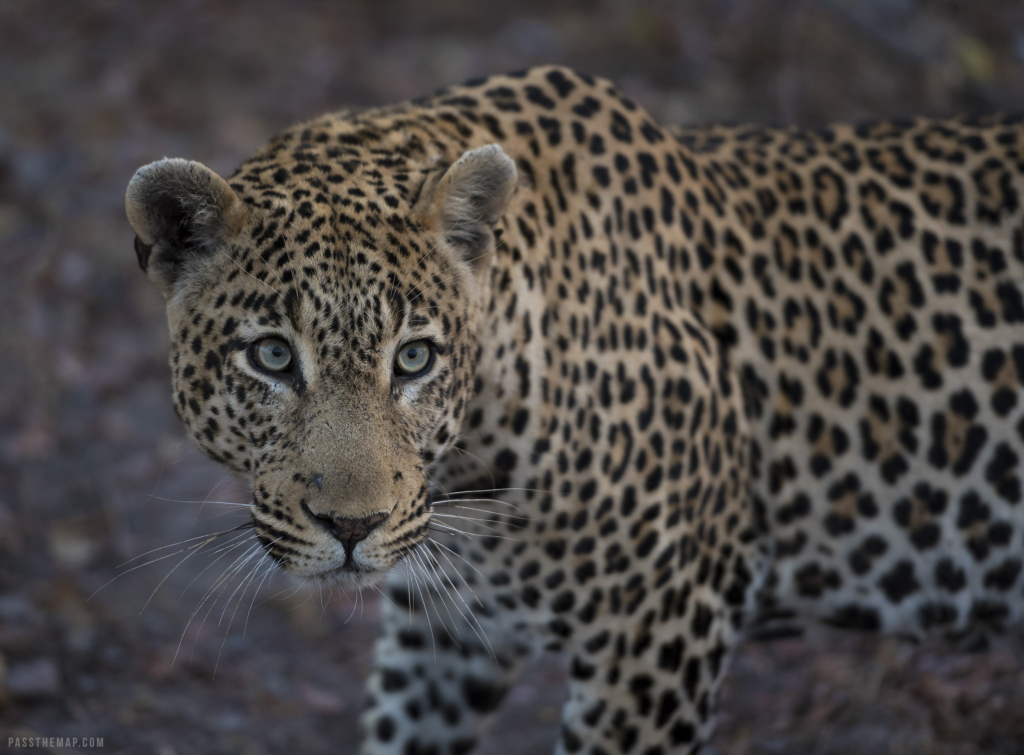 We couldn’t have asked for a better start to the trip – a 4-day adventure that would see us flying with SA Airlink from Johannesburg to the Sabi Sands, up to Livingstone and Victoria Falls, and finally to Botswana’s incomparable Chobe National Park. 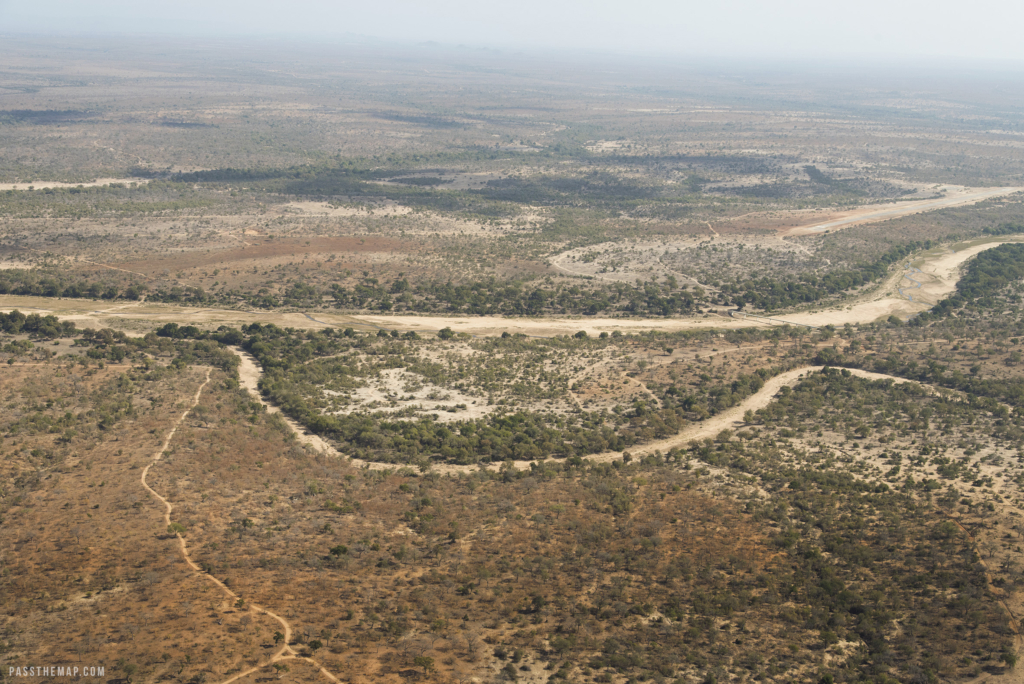 After crossing the Zambezi (and border) at Kazungula, we checked into the awesome Chobe Bush Lodge, a relatively new extension of the venerable old Chobe Safari Lodge, which opened in 1959. Although set back a little from the river, the Bush Lodge offers great value, a chilled atmosphere, and is the perfect base from which to hop onto a boat cruise or game drive into the park. Kasane is also so close to Victoria Falls and Livingstone, that you could easily pop across there for a day trip.

The section of the Chobe river just upstream of the lodge might be as close to paradise as we’ve ever come. Sure, there are a few more boats on the water than there used to be, but you can understand why people from all over the world flock here. A boat trip up the river in the late afternoon has got to be one of the most incredible wildlife spectacles on the African continent. Elephants come down to the water’s edge in their hundreds, where they’re joined by huge herds of buffalo, giraffe, a multitude of antelope, crocs, hippos, and a staggering array of waterbirds. In July, when the water levels start dropping, herds of elephants often swim across the channels to feed on the lush islands. If you’re lucky enough to intercept one of these crossings, trust us, it’s a sight that will live with you forever. 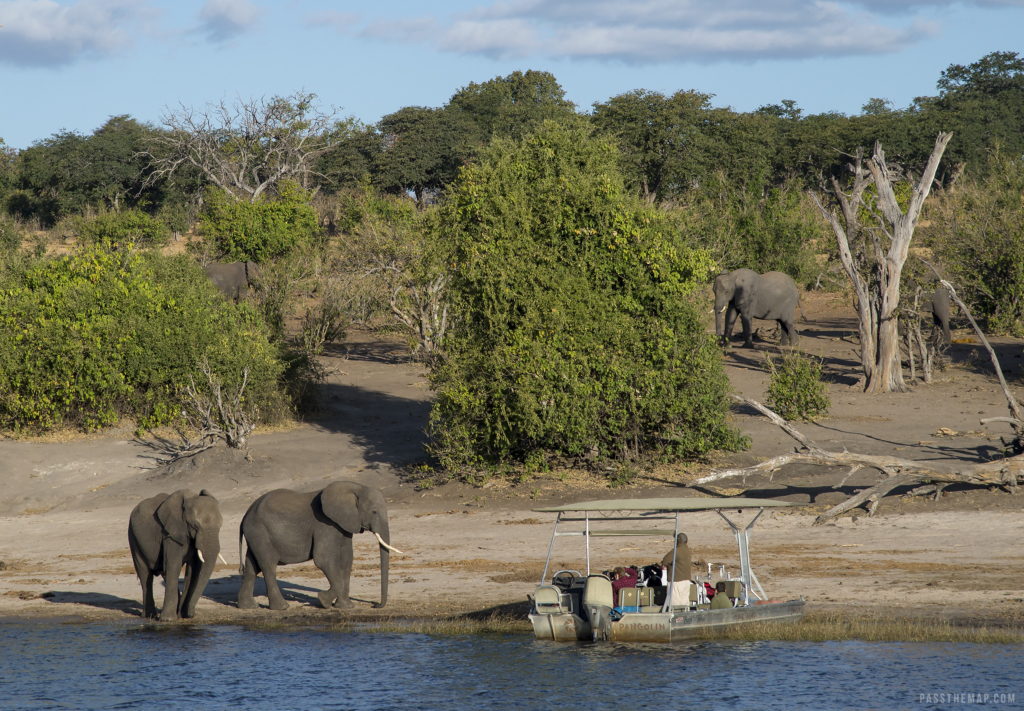 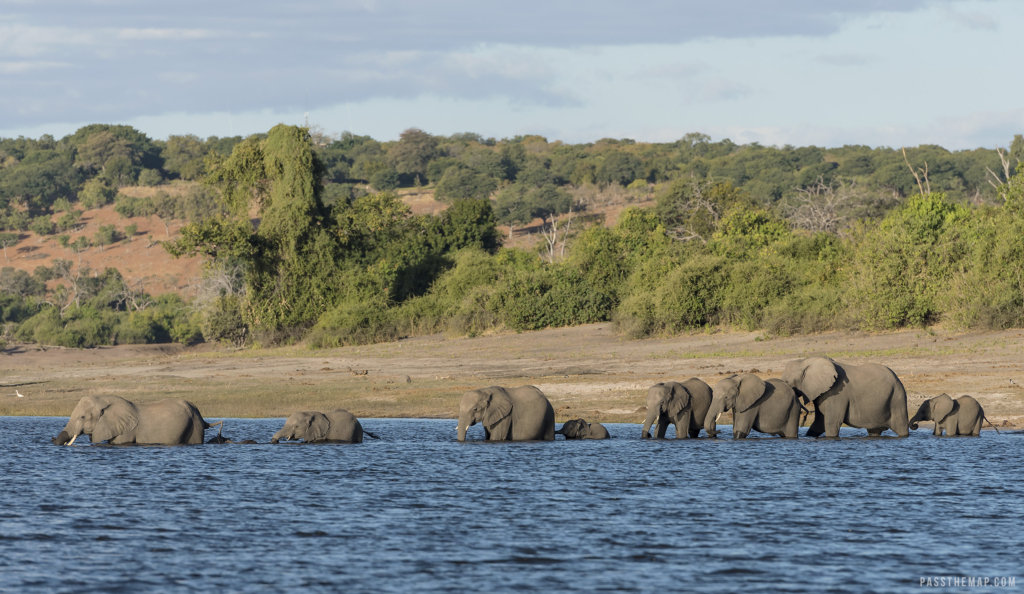 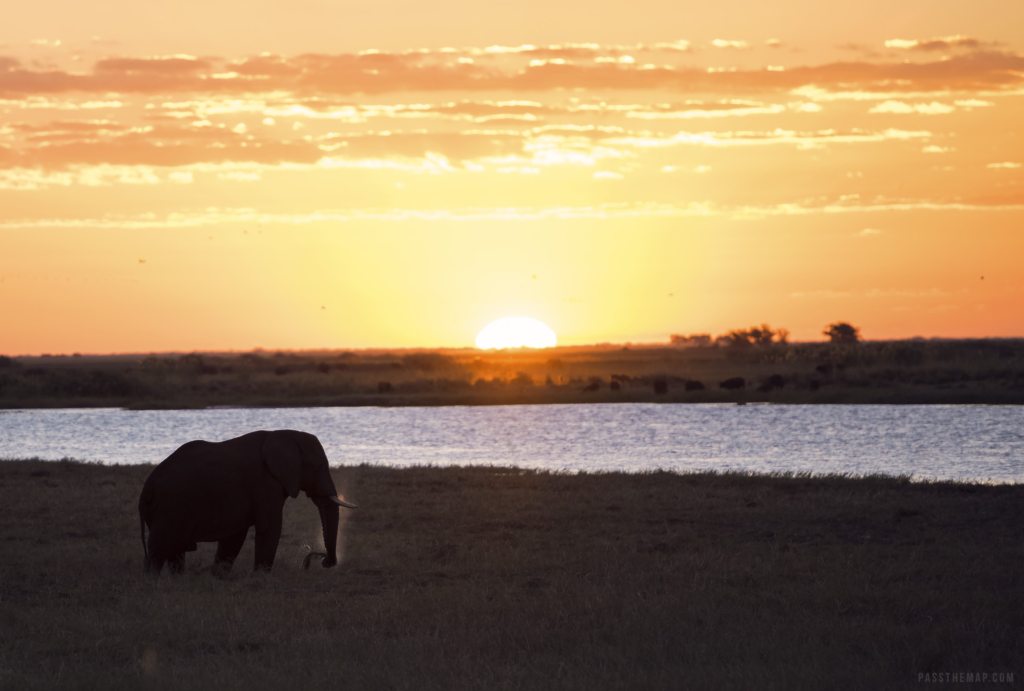 Sitting in Kasane’s airport the next day, waiting to board our flight home – our 5th Airlink flight in four days – we tried to process everything that we had just experienced. Ordinarily we would’ve driven up to this part of the world in our trusty Landy, Andy, a journey that takes around two days each way. With the detour through the Sabi Sands, we’d have needed at least nine or ten days to see and do everything we’d just done. The magic of flying is how instantly it connects you to such diverse experiences. One moment you’re in Jo’burg, the next you’re tracking leopards through pristine wilderness. The next thing you know you’re floating down the Zambezi in a canoe, peering over the edge of Victoria Falls, or rafting the rapids in the gorge below. You could be sipping a G&T while watching a herd of elephants crossing the Chobe river at sunset, and be back in the office the next afternoon. Don’t worry, Andy, we’re not going to desert you just yet. But we’ll definitely be doing a few more of these epic little getaways in the years to come.